Plante Água is an initiative created 10 years ago with the purpose of making people aware of the care of Water and bringing practical solutions for this care.

To date, 30,000 people have been through the project and have had contact with work related to water care through the use of biodegradable products and awareness and education activities.
Currently, Plante Água works in the Templo das Águas, a biobuilt space that has 8 levels of Water on the ceiling, affectionately called the blue ceiling, which serves to acclimatize the environment, treat the Water used in the production space, reproduce aquatic plants, attract living beings. and inspire people to take care of the Waters. It operates in person at the Piracanga ecovillage, in Maraú – Bahia – Brazil and in Alto Paraíso de Goiás – Goiás and virtually throughout Brazil.

Based on this work, the book Somos Água was launched, written by Juliana Faber, creator of the project that won the first Brazilian prize for crowdfunding in the publications category, the bilingual book was written with the aim of overflowing love, care and responsibility for waters around the world!
Currently, Plante Água has expanded to the Cerrado biome (considered the birthplace of Waters, where 8 of the 12 hydrographic basins in Brazil are born), to implement regeneration and care projects for the Waters of the biome, where the itinerant project in the area is being developed. of ecological education that will take the issue of Water to local schools in a playful and remarkable way.

The founder Juliana Faber has been dedicated to ecological education, Permaculture and the making of biodegradable products for more than 20 years and in the last 10 years she has lived in an ecovillage in the northeast of Brazil, focused on ecological and regenerative practices, having as main axis the care of the waters. Due to her activism on the planet’s environmental issues, the creator of Plante Água has become a recognized voice that reflects on the relationship between human beings and their internal and external waters.

Juliana is a TEDX speaker, and at the 2021 Environment Week, she participated in a chat with Airton Krenak and Agatha Tommasi at the Connection with Water and Earth event.

She participated in the 21st century Survival Manual series, with Marcos Palmeira and directed by João Amorim, in the episode Água que Cai do Céu.

She is also the mother of Kalu Terra and facilitator of purpose in reconnecting with nature.

She also participates as a mentor and contributor to the Waterlution-Water Innovation Laboratory and the World Water Community.

Among the current projects, the creator and the initiative were contemplated by the Goiás Art and Culture Fund to hold a Festival that will debate the issue of Water, land, ecological agriculture and the role of art in environmental education.

She was also contemplated by the Aldir Blanc Law to publish the book Água Mãe, about Water, the Cerrado and the feminine, which will have a preface by Vandana Shiva.

Sorry, no records were found. Please adjust your search criteria and try again. 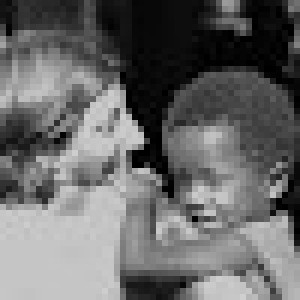 You can find out more about which cookies we are using or switch them off in settings.

Find awesome listings near you!

This website uses cookies so that we can provide you with the best user experience possible. Cookie information is stored in your browser and performs functions such as recognising you when you return to our website and helping our team to understand which sections of the website you find most interesting and useful.

Strictly Necessary Cookie should be enabled at all times so that we can save your preferences for cookie settings.

If you disable this cookie, we will not be able to save your preferences. This means that every time you visit this website you will need to enable or disable cookies again.